An Itinerary of Rachael's Foodie Faves in the Lake George Area

Television personality and culinary connoisseur Rachael Ray was a childhood resident of the Lake George Area and has many fond memories of growing up in this beautiful community. On her television show, she often talks about her hometown roots and endorses many of our local eateries and shopping establishments. 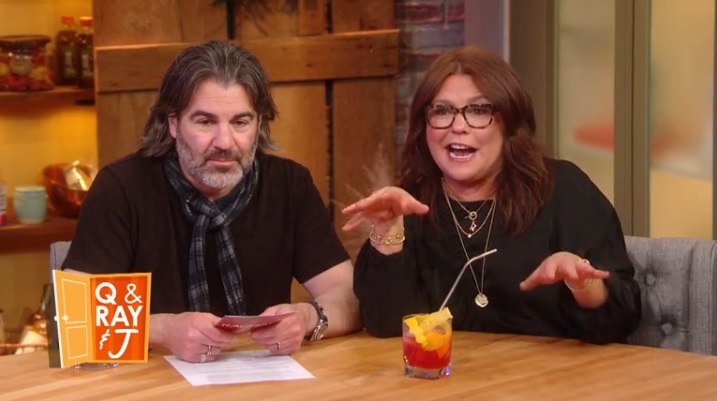 Rachael filmed an episode of her “40 Dollars a Day” TV Show right here in Lake George and its surrounding communities! Click here to check out the segment, then continue to follow Rachael’s television itinerary below. Take your virtual trip to the great culinary establishments and attractions featured on that episode then plan your visit and actually experience the fabulous places and activities that make the Lake George Area a favorite vacation destination!

Arrive in the area to be greeted by gorgeous views of the “Queen of American Lakes,” Lake George, with the Adirondack Mountains as its backdrop. Five ships offer a variety of cruises of the 32-mile long lake, some offering lunch, dinner, and entertainment. Whether you choose the Lake George Steamboat Company’s classic sternwheel steamship “The Minne Ha-Ha” or a touring vessel such as Lake George Shoreline’s “The Adirondac,” a cruise along the pristine shores of Lake George is sure to be a memorable introduction to the area.

Channel Your Inner Cowboy or Cowgirl

What culinary adventure is in store for the evening? How about a genuine Texas style BBQ at Painted Pony Championship Rodeo! Enjoy a BBQ buffet of ribs, chicken, pasta, beans, salad, slaw and shortcake and then catch the thrills and spills of a professional rodeo. Afterward, you and your traveling companions can dance the night away to country western music in the Longhorn Saloon.

Rise and shine to continue along Rachael’s television itinerary! The day begins with a 5.5-mile scenic drive to the summit of Prospect Mountain. Get a birds-eye view of the lake and a 100-mile view of the magnificent mountains beyond.

Take a scenic drive along "Millionaire’s Row” and see some beautiful homes on the way to the charming community of Bolton Landing. Settle in at the Algonquin Restaurant for a delicious lakeside lunch (you can even order Rachael’s favorite burger!) before visiting the historic Sagamore Resort, located on its own island on Lake George.(Rachael was a former employee of the Resort's many restaurants.)Tour the grounds of this famous resort before enjoying a cool drink or dessert on one of its many patios or decks overlooking the lake and surrounding mountains.

Loved By Rachael and The Locals

This itinerary wouldn’t be complete without a stop at Oscar’s Adirondack Smokehouse. This family-owned and operated smokehouse has been featured on the Rachael Ray Show and its products are frequently used in Rachael’s culinary creations. Be sure to pack a cooler for the sumptuous smoked meats, cheeses, baked goods and other locally made products you are sure to want to bring home!